3 Premier League Records That Are the Real Deal

As Jamie Vardy closes in on Ruud van Nistelrooy’s Premier League record of scoring in 10 consecutive matches, one wonders whether this is the record that he should be chasing.

Of course, most of the records are usually compared with the generation of the Premier League which began in 1992.

But just because this is a whole new ball game altogether, that doesn’t mean previous records cannot be regarded at all.

Here are 3 Premier League records that are the ‘real deal’:

1: Most goals in consecutive games

While Leicester’s Vardy has scored in nine games, we all know the Ruud Van Nistelrooy has achieved this for ten consecutiv game. But Jimmy Dunne, who played in Division One for Sheffield United, scored goals in 12 consecutive games. In fact, he scored 18 times during that streak and something that Vardy should truly be aiming for. 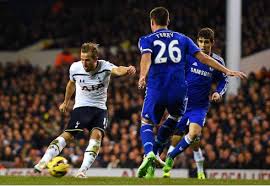 2: Most goals in a season by a player

Both Cole and Shearer have scored 34 goals in a season but that was when each season consisted of 42 games. Given the current format, it is a record that is difficult to beat. Of course, there’s Everton’s Dixie Dean who scored 60 goals in a single season and won the 1927/28 title as a result. Of course, Everton’s other players only managed 42 goals between them.

After catching up with Andy Cole, Rooney’s career seems to be in the doldrums. People also wonder whether he will be able to catch up with Alan Shearer who stands at 260. Which brings us to Jimmy Greaves who scored 357 top flight goals for Chelsea, Tottenham and West Ham in just 14 seasons.