The new president for FIFA Gianni Infantino says, that he intends to reform the commercial activity within the organization. 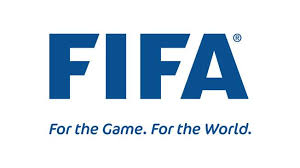 Infantino has put through a number of reforms to reduce corruption from the FIFA ranks.

At an interview in Uruguay, he spoke to press about increasing transparency in commercial transaction. He said “On the issue of mandates, FIFA already imposed the president, and members, a maximum of 12 years, with Wilmar [Valdez, Uruguayan Football Association president], we were partners in the reforms committee, we proposed this and is a good example to follow by the confederations and FAs,”

“Personally I do not think that is the biggest problem of football, or football officials. I believe that transparency in commercial acts, in business, is what we have to regulate, much more than people, and we focused on the reform committee, to get transparency in financial flows in FIFA and in the confederations, and if we fix this and we have transparency and we know where it comes from and where goes the money in football, then I think we solve problems of the officials of football.”

Infantino is striving to restore the organization’s image by increasing transparency. He said “We have to earn the trust with concrete acts, being honest, open, transparent, that’s why we are here,”

View all posts by admin