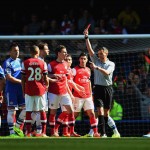 MLS (Major League Soccer) aims to be one of the first leagues to introduce video replays. The league hopes to implement the complete system for all its regular season games. However, it is under testing during pre-season games where it has already helped a decision. The use of the video replay was during a game… Read More