Why did Brazil Loose? 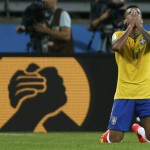 What’s the common denominator with most of the players on this Selecao? Most of these players never actually played much in Brazil. Their development was done in Europe. What’s happened is that the Brazilian leagues have been turned in youth leagues and these Brazilian player’s development has been more influenced by their European experience. Just… Read More