Claudio Ranieri, Manager for Leicester City is ready to take risks to bring his team the Premier League Title.

His decision to bring on Leonardo Ulloa for defender Daniel Amartey was a smart move, which got the team a late win. 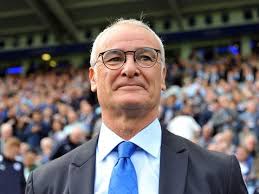 The manager said that he will keep taking chances to bring his team to victory.

He said “I took a lot of risks against Norwich,”

“I said, ‘In or out – it’s not important now. One point is nothing, we have to win today’.

“You can lose but it’s only one point less than a draw. The manager is hired for this reason, to take a risk.

“I expect more games like this, teams coming here with five defenders. There aren’t any easy matches. Every match is a battle. Every match you can lose.

“The most important thing is we concentrated and we were focused and we will take that on to the next match now.”

The team has 4 matches against West Brom, Watford, Newcastle United and Crystal Palace in March.

Ranieri is not willing to talk about if they have a chance of winning the title.

“I understand everyone asks will we win the title? I don’t know,” he said.

“Let me now get past the next four matches, then I might say something more. I can’t tell you too much for another month.”

Ranieri who became the manager for Leicester City in mid 2015, has been inspiring his team to win by providing positive motivation.

View all posts by admin →
Klopp: Planning for next season Infantino says Commercial transparency is key for FIFA