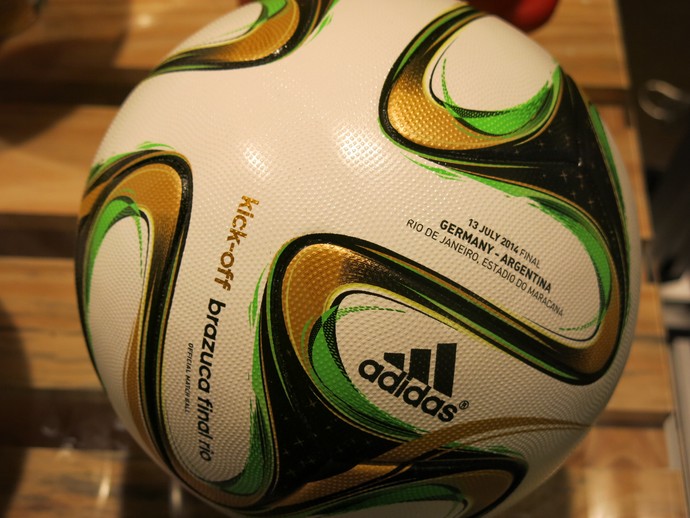 The official supplier of soccer balls FIFA World Cup started printing the names of the teams on the soccer balls to be used in the final of Germany Vs. Argentina.

The job fell to German professional Peter Sauerhammer. Proud of the process by which it is responsible, says his greatest happiness is that people see on TV at least at a glance when the ball poses on top of the pedestal between the two teams. But as the legitimate German supporter, he left to bet on a score for the decision of the World.

“I believe it will be for the extension and 3-2 to Germany. No penalties.” Sauerhammer said.

This soccer ball called “Brazuca,” manufactured by Adidas, replaced the “Jabulani”, made famous on the lawns of South Africa in 2010. Colours and design of the six panels of the ball were inspired in ribbons of luck Senhor do Bonfim da Bahia and symbolize passion and joy associated with soccer in Brazil. For the final, the Brazuca won a special edition with the green and gold colors

View all posts by admin →
Why did Brazil Loose? How to Get the Best Soccer Cleats Possible