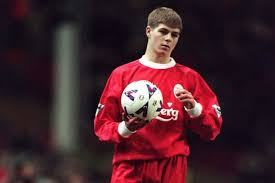 Steven Gerrard who started his careers with LA Galaxy and spent the majority of his career with club Liverpool is planning to retire later this year. The player who has played center midfield most of his career is looking to coach.

The former captain said at an interview with the Daily Telegraph: “I’m not 100 percent sure but I think it will probably be my last year as a player.”

He added: “I have had a chat with Klopp. I haven’t had an offer as such, but the club have let me know they are keen for me to come back but there hasn’t been a conversation where they have said: ‘We want you to do this, we want you to do that’.

He then further stated that he is looking to gain experience as a manager and is looking forward to gaining more knowledge.

“They have welcomed me back in. I am always going to be biased towards Liverpool and the FA and basically when I am back home I am going to carry on with my punditry work and try and move around clubs and gain more experience, going to watch managers and learning more.

Having spent 17 seasons at Anfield, he seems to be looking forward to his career switch. Gerrard has many achievements under his belt, which includes two FA cups, three League cups, one UEFA champions leagues, one UEFA cup and two UEFA Super cups.