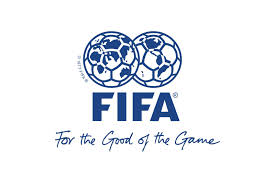 Swiss authorities have indicted 14 top FIFA officials and sport-marketing executives on charges of corruption and in doing so, will extradite them to the United States so as to face federal corruption charges.

Acting US attorney, Kelly T. Currie, explained the reasons for this action, in saying, “Today’s announcement should send a message that enough is enough. After decades of what the indictment alleges to be brazen corruption, organized international soccer needs a new start — a new chance for its governing institutions to provide honest oversight and support of a sport that is beloved across the world, increasingly so here in the United States. Let me be clear: this indictment is not the final chapter in our investigation.”

The corruption charges, specifically, pertain to racketeering, money laundering and wire fraud and which these 14 individuals will have to account for.

FBI Director James B Comey further emphasizes that corruption has created an uneven playing field in the world’s biggest sport where bribes, kickbacks and illegal payments have become a way of doing business at FIFA.

What is also being investigated is football competition held in the CONCACAF region and which is organized by the Brazil National soccer Federation in particular.

These arrests have taken place just days before the vote for the next FIFA President is yet to be cast where Blatter is said to easily win re-election to a fifth term.

View all posts by admin →
Xavi Hernandes leaves Barca for Al-Sadd, credits Van Gaal for his development Ronaldo Has Galaxy Named After Him, Probably Winner of the Pichichi Trophy