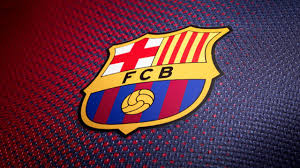 As Xavi Hernandes, captain of FC Barcelona, departs the club this season to Al-Sadd, he brings up a conversation with Van Gaal as being considered better than Zinedine Zidane.

In explaining how important the Dutchman was to his career to El Pais, Xavi said, “Van Gaal taught me a lot. He told me ‘you are better than Zidane. I told him thanks, but not to get carried away. I have had a lot of good luck, have had great coaches. We were very unjust with him, he was a great coach.”

It should be pointed out that this was the phase during which Xavi was just breaking into the Barca first team while Zidane was already considered by many to be the world’s most talented player.

However, after Van Gaal won his second La Liga title with Barca in 1999, Xavi remembers that he received a lot of criticism since they could not repeat the win for another five years.

According to the 35-year old midfielder, those in charge of the club had forgotten the ‘essence’ of the club and this resulted in a number of coaching changes up until Rijkaard (and Ronaldinho) arrived in 2003.

He also goes on to say that Barca’s winning strategy has always been to keep possession of the ball which really is “attacking to defend” themselves. Instead of choosing players who are strong and can head the ball, he believes that what is needed are players who understand the club’s essence as well as passing in order to be better than their rivals.

Having said that, he also talked about Sergio Busquets and Pedro Rodriguez who despite not being as popular as Neymar and Messi still have a lot to contribute to the side.