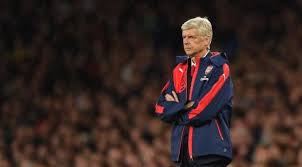 Wenger recently dismissed accusations of ‘arrogance’ but blamed Arsenal’s draw with Liverpool on the lack of goal-line technology.

In speaking with Sky Sports, Gary Neville had compared this current side with the ones Wenger was in charge of in 1998 and 2004 while suggesting that there was a complete change in philosophy.

In response to Neville’s accusation, Wenger retorted, “Everybody has his opinion and is entitled to that opinion. I could prove to you that it’s not necessarily right, but let’s not go into that debate. When you don’t win, you’re wrong and people find reasons. Are they good reasons? I have enough experience to know when it’s right and when it’s wrong.”

Apart from this, Ramsey was also denied a first half goal, thanks to a precise pass from Santi Cazorla. It was Simon Bennett who adjudged the run off-side even if Wenger didn’t think so.

In fact, the Arsenal manager said that he thought Ramsey was clearly onside as he had started behind. He also admitted that they gave the ball away too many times while having their chances too.

Alternatively, Brendan Rodgers thought that it was a great decision by the linesman. Also, he dismissed Arsenal’s complaints about Mignolet wasting time over his goal kicks as well.

Rodgers also said that Lucas Leiva could have a future with Liverpool even though Besiktas has shown interest. Wenger, quite differently, admitted that signing Karim Benzema from Real Madrid was all but ‘dead’.

View all posts by admin →
Cristiano Ronaldo unhappy with Benitez, Bale to play ‘central role’ in the future Brendan Rodgers Accepts That His Job At Liverpool Is Under Threat